The first to gather for an April 5, 2016 vigil outside of the World Bank building were surprised to find that someone had scrawled “Berta Lives” by the front entrance with a blood red paint marker. 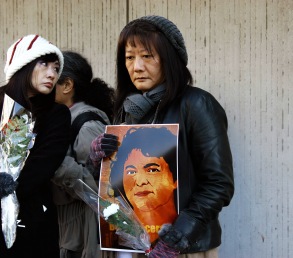 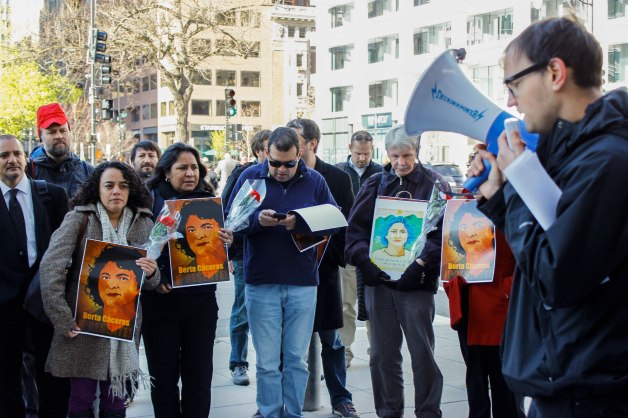 Silvio Carrillo, Berta Cáceres’ nephew, speaks outside of the IACHR hearings in the OAS alongside his mother, Berta’s eldest sister, and Walker Grooms of Witness for Peace (WFP) who mc’ed the vigil.

Berta “Bertita” Zúñiga Cáceres exits from the IACHR hearings on April 5, 2016 and is greeted by those gathered for the vigil in honor of her mother. 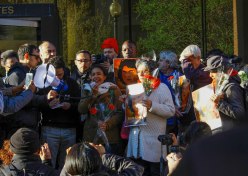 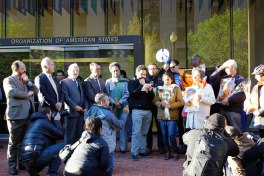 The commissioners of the IACHR stood in solidarity with Berta Cáceres’ family members.

0 comments on “Vigil for Berta Cáceres in D.C.”