Some of these photographs accompanied the article “Thousands of Colombians Protest for Peace After Unexpected Rejection of Historic Accord” published at The WorldPost.

Protestors march for peace on October 7 in Medellín, Colombia’s second largest city and a stronghold of the movement against the peace deal between the Colombian government and the country’s largest rebel group. 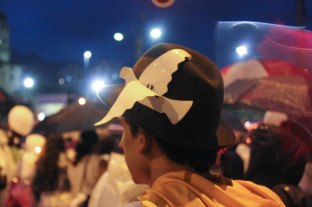 One marcher secured a white peace dove to his hat during an October 7 march for peace in Medellín, Colombia. 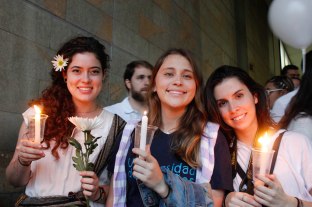 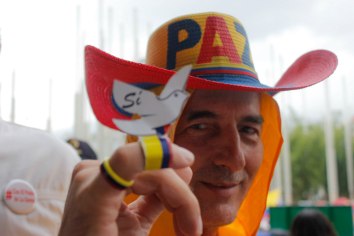 A Medellín local wears a hat reading “peace” and a dove on his finger that reads “yes.” 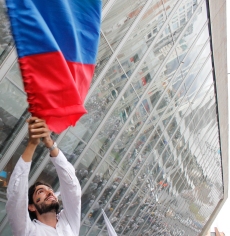 Pro-peace supporter waved a Colombian flag as thousands of marchers gathered in Medellín’s Park of Lights (seen reflected in the windows of the EPM Library). 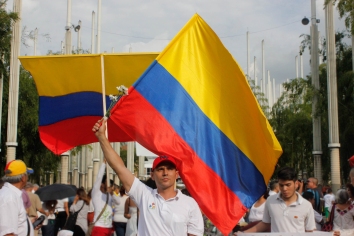 Pro-peace supporter waves the Colombian flag as he joins thousands of others in the Park of Lights in downtown Medellín on October 7. 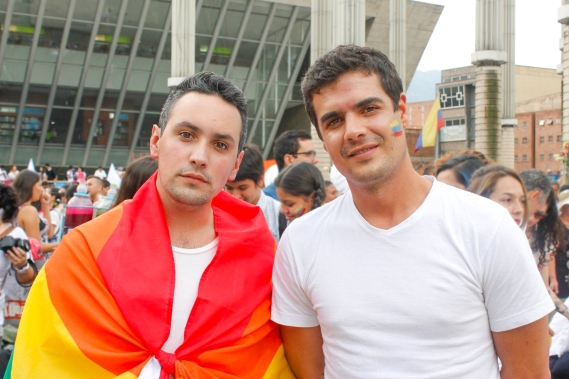 José Rollano and Pedro Fajardo join marchers in Medellín’s Park of Lights on October 7 because they believe “peace is now the responsibility of all Colombians.” 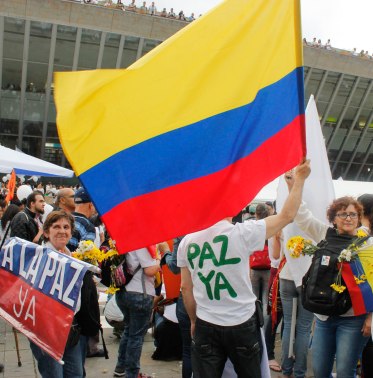 0 comments on “March for Peace in Medellín” 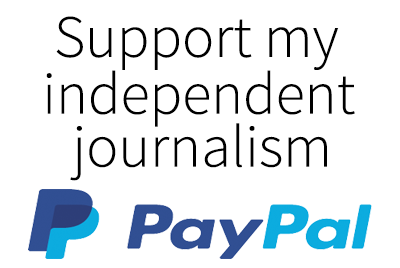