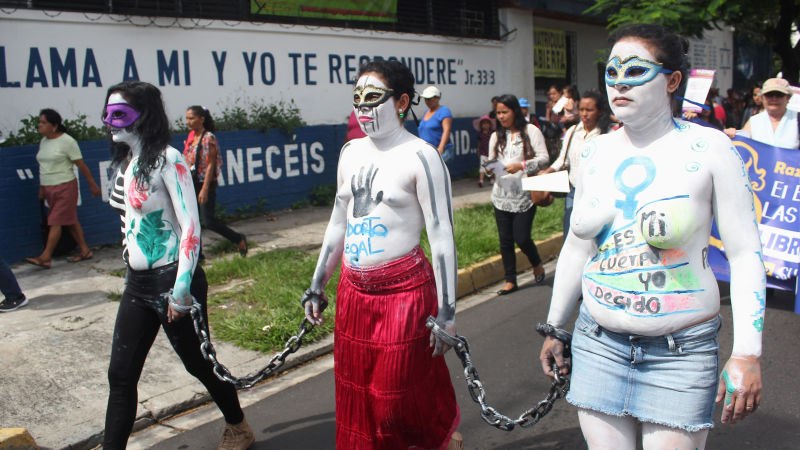 Congressional leaders of the leftist Farabundo Martí Liberation Front (FMLN) introduced a bill on Tuesday that would allow women to access therapeutic abortions in cases where the fetus is not viable, where the mother was a victim of rape or human-trafficking, or where continuing the pregnancy would endanger the mother’s life or health.

For more than 20 years, El Salvador has enforced one of the world’s most severe anti-abortion laws, which have been used to prosecute at least 129 women for abortion-related crimes. At least 25 Salvadoran women are currently behind bars for having a miscarriage or stillbirth.

Read the rest of this article on Fusion.