In November 2015, a delegation of the Familiares en Búsqueda María Herrera, a group of family members searching for their disappeared loved ones in Mexico, visited Washington D.C. to meet with congressional offices and share how their stories reflect the widespread problem of disappearances. Maricela Orozco, Juan Carlos Trujillo Herrera, and Maria Herrera of the group were accompanied by the Latin America Working Group (LAWG) and the Washington Office on Latin America (WOLA). These photographs were shot be me at a public event at WOLA’s offices on November 23, 2015.

Juan Carlos and his mother, Doña Maria, during a November 23, 2015 roundtable discussion hosted by the Latin America Working Group and the Washington Office on Latin America. 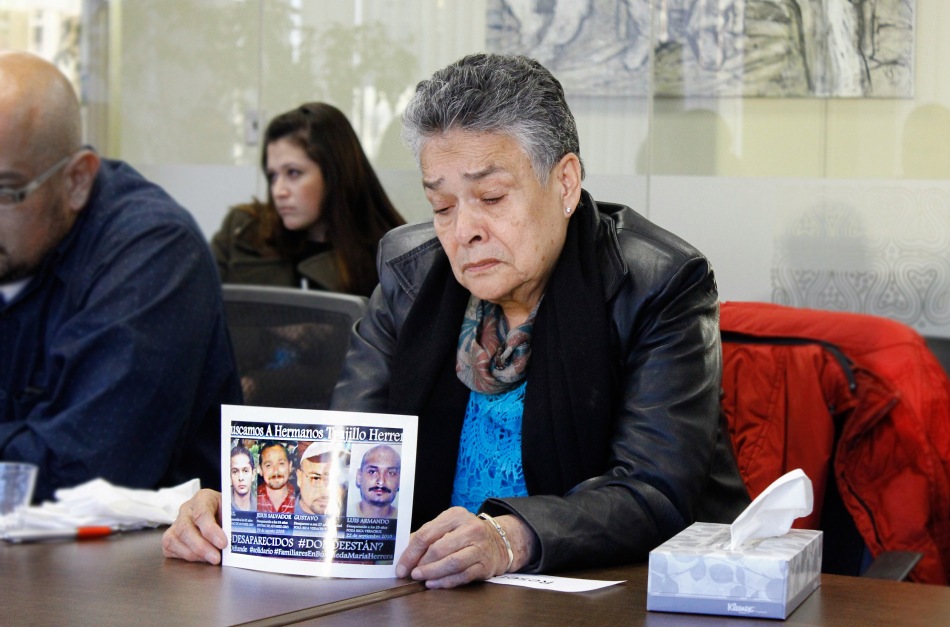 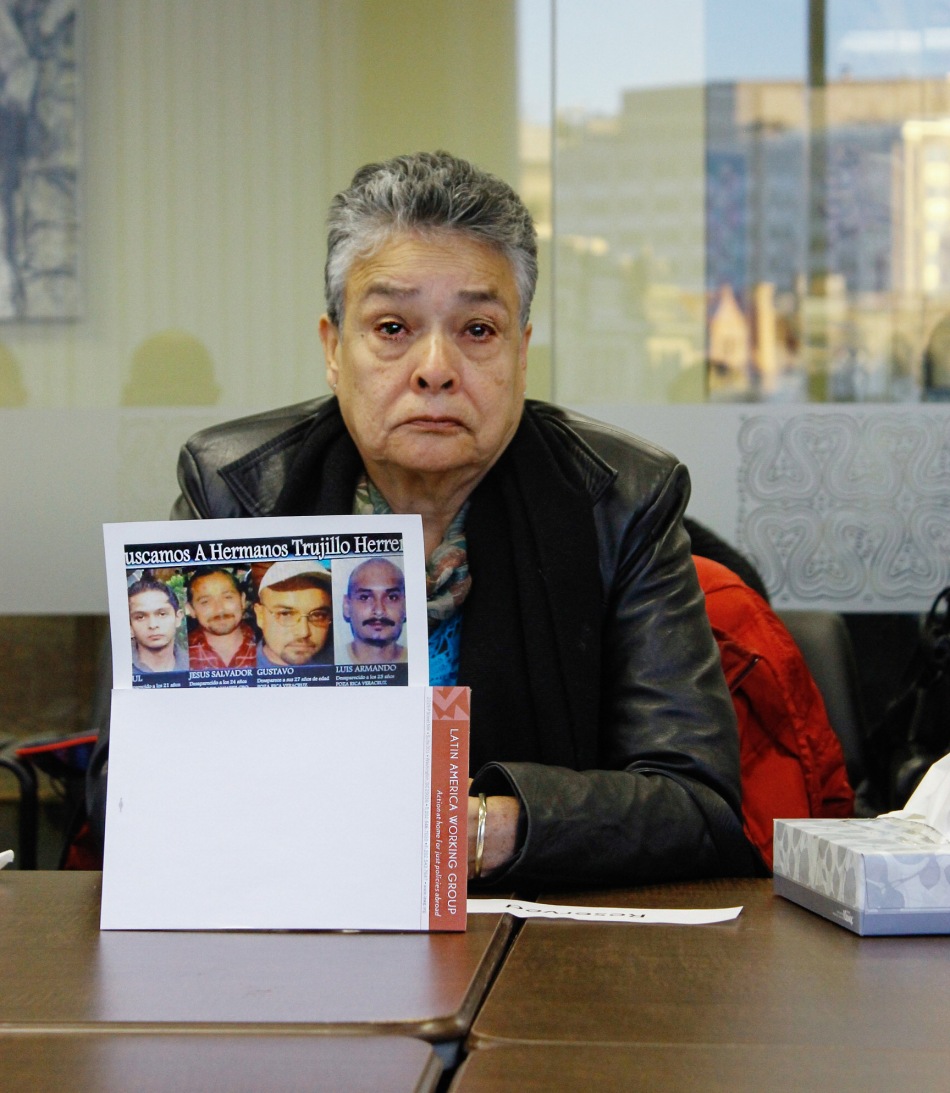 Doña Mari displays photos of her four disappeared sons without whom she says she is “dead in life.” 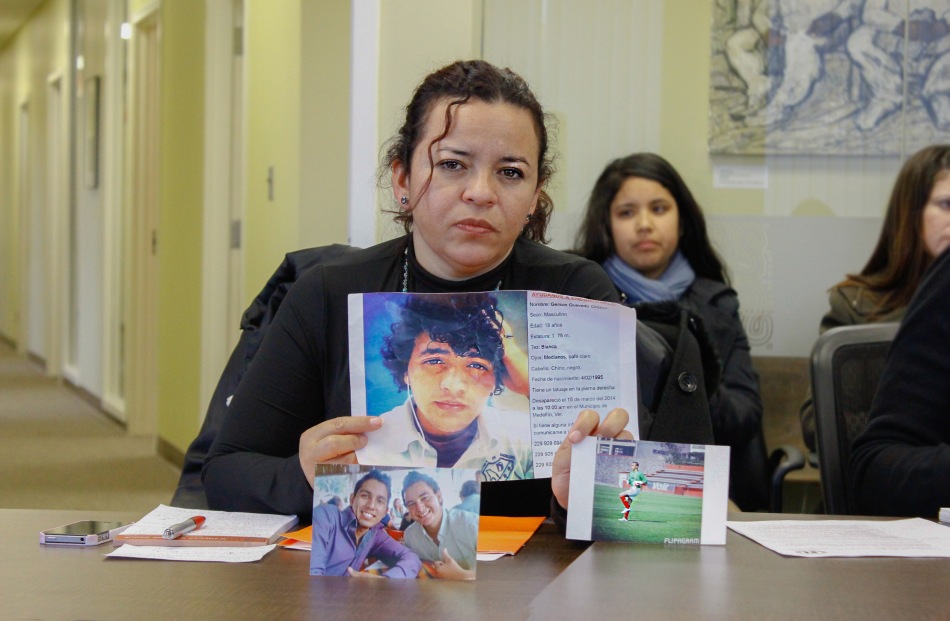 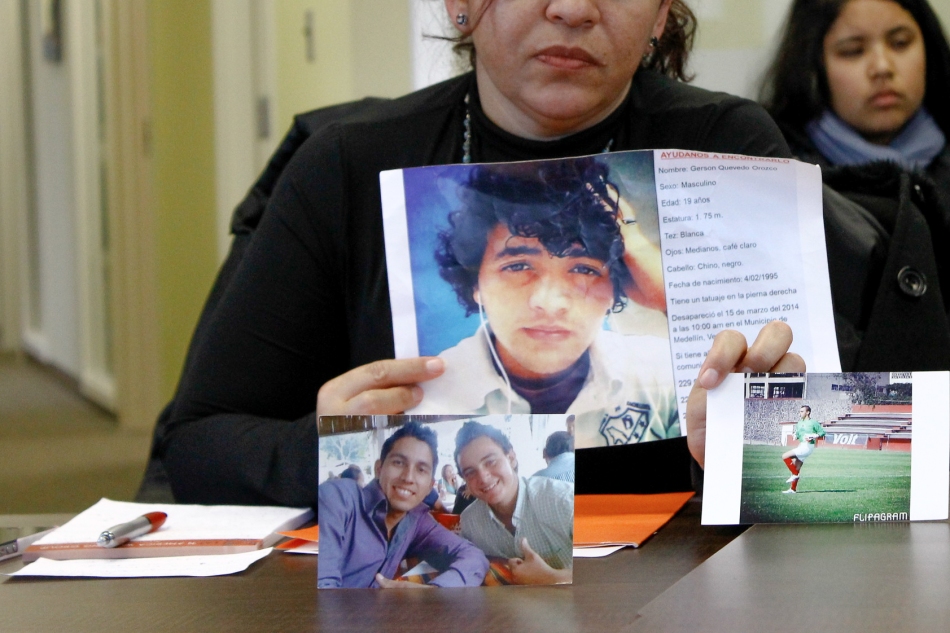 Maricela Orozco displays photos of her sons, one of whom was disappeared. Maricela’s youngest son was murdered alongside Maricela’s son-in-law. 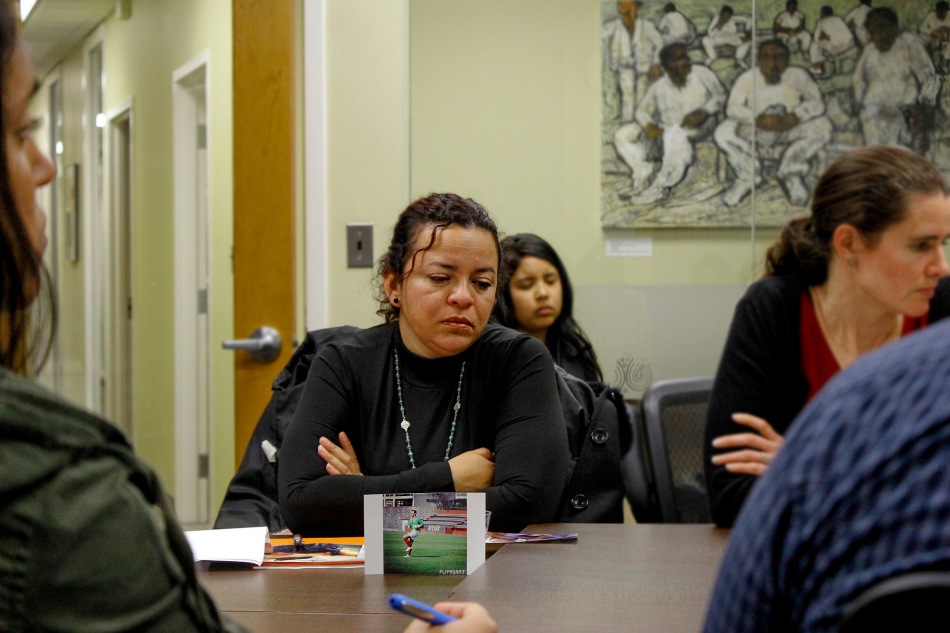 0 comments on “Photos of Familiares en Búsqueda: Families Searching for the Disappeared in Mexico”