This week, the #Ayotzi43DC organizing committee for the Caravana 43 in Washington DC hosted a series of panel discussions and protests leading up to the 6 month mark since the September 26, 2014 attack on Ayotzinapa normalista students in Guerrero, Mexico. These photographs were taken at these events while me and Mike LaSusa interviewed participants and organizers for an upcoming Periphery Podcast episode about the disappeared students and the Caravana 43 advocacy events. For higher resolution, click on individual photographs. Please feel free to share these photos, as long as Angelika Albaladejo is credited as the photographer.

The panel featured Vidulfo Rosales Sierra, a lawyer from the Tlachinollan Human Rights Center who has served as the lead attorney for the families of the 43 Ayotzinapa students who were forcibly disappeared last September. The panel also featured Felipe de la Cruz Sandoval, a professor from the Ayotzinapa Rural School and the parent of a student who survived the September 26 attack. The event took place at the University of the District of Columbia’s David A. Clarke School of Law and was moderated by Salvador G. Sarmiento, a National Campaign Coordinator/Legislative Affairs Associate for the National Day Laborer Organizing Network (NDLON). 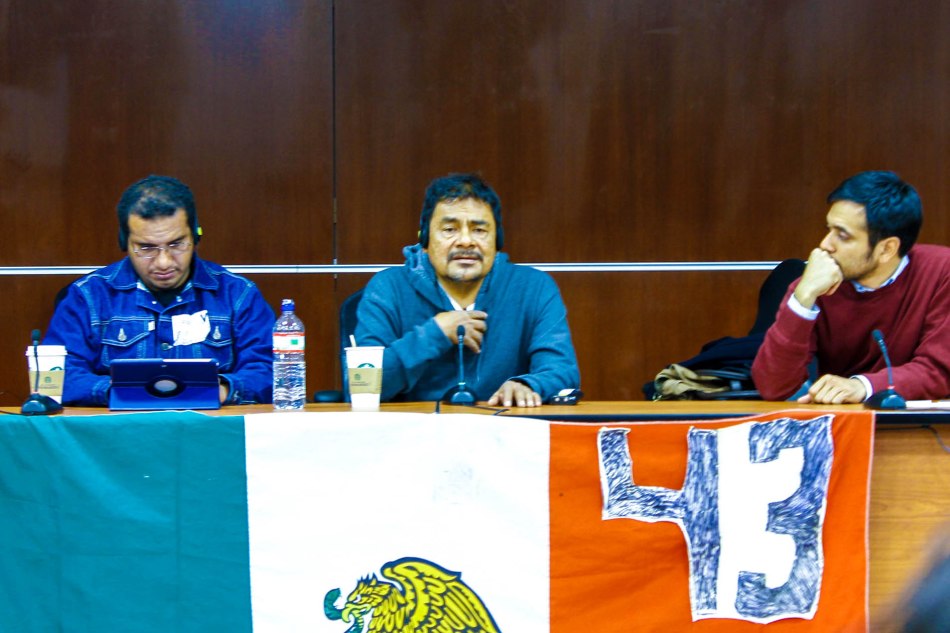 In this panel discussion, Vidulfo Rosales provided historical context for the September 26 attack on the Ayotzinapa normalista students, tracing the history of the normales rurales (rural schools) from their creation in the 1920s through the violent attacks on students in the 1980s and the continued stigma against normalistas as “violent” and “communists.” Rosales pointed out that Guerrero state, the southern Mexican state where the September 26 attack took place, has a history of violence committed by state actors. In the 1970s and 80s, enforced disappearances were rampant during Mexico’s Dirty War period. But, unlike many other Latin American nations that have engaged in transitional justice through the establishment of truth commissions, investigations and trials to confront the realities of their Dirty Wars, Rosales says Mexico has not engaged in this process and the participation of state actors in enforced disappearances and violent attacks on citizens continue.

Felipe de la Cruz Sandoval poignantly explained that the families of the thousands of disappeared persons in Mexico will not give up in their search for justice. He says, when those on the bottom move, those on top fall. As the vulnerable rural poor population in Mexico rises up in protest to seek the truth and justice, the political elites in Mexico are being forced to hear their powerful pleas.

The panel discussion was preceded by press interviews and followed by an open question and answer period with the audience, comprised mainly of members of the local Hispanic community. After the conclusion of the panel and Q&A, Son Cosita Seria, a music collective involved in the organizing of the #Aytozi43DC events and protests, played a few songs about the current situation in Mexico. 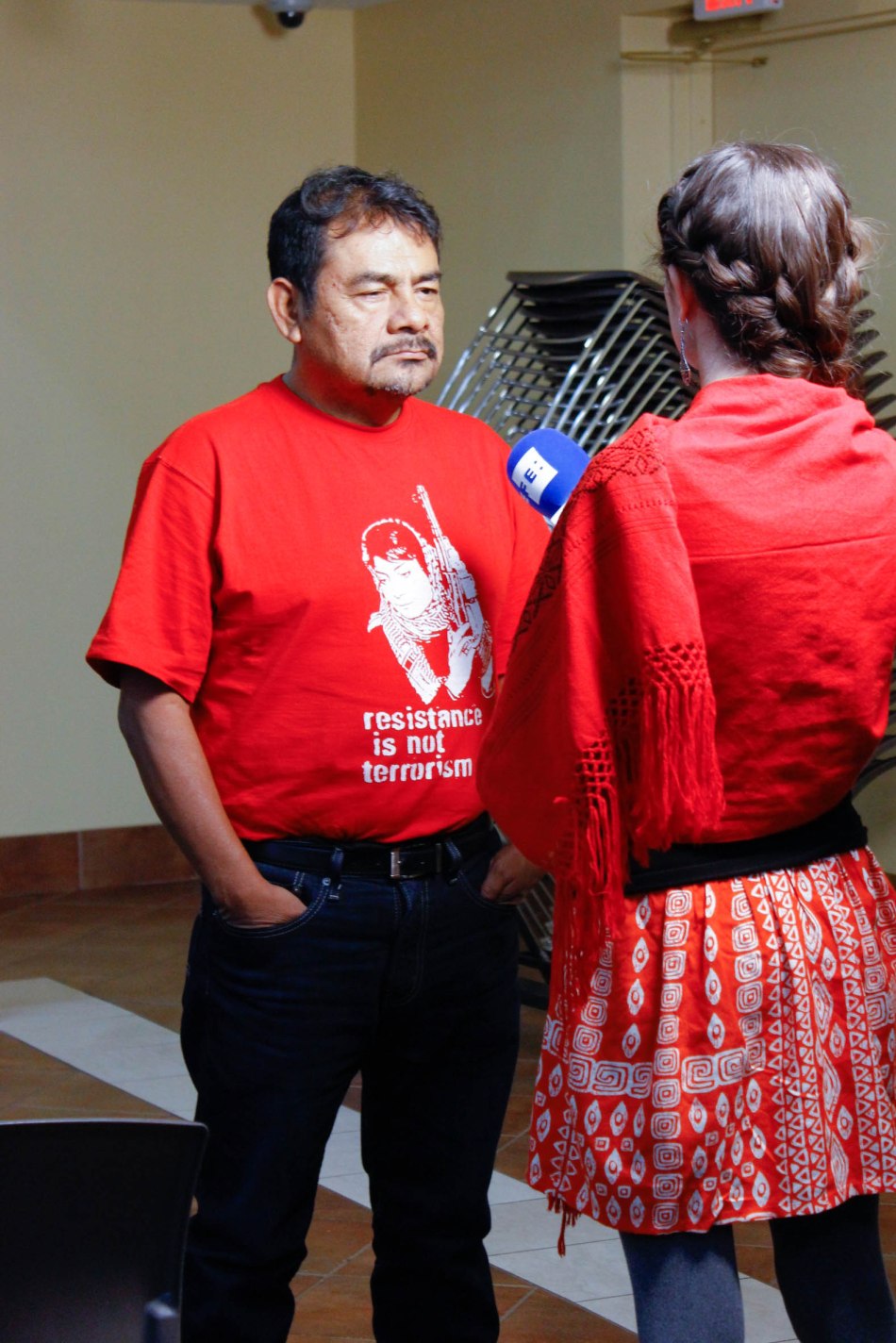 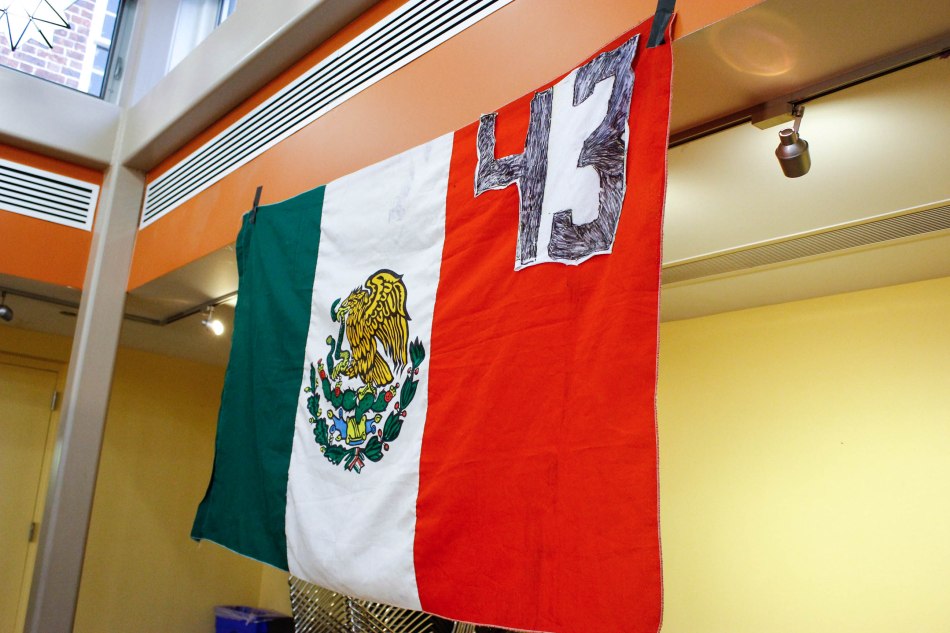 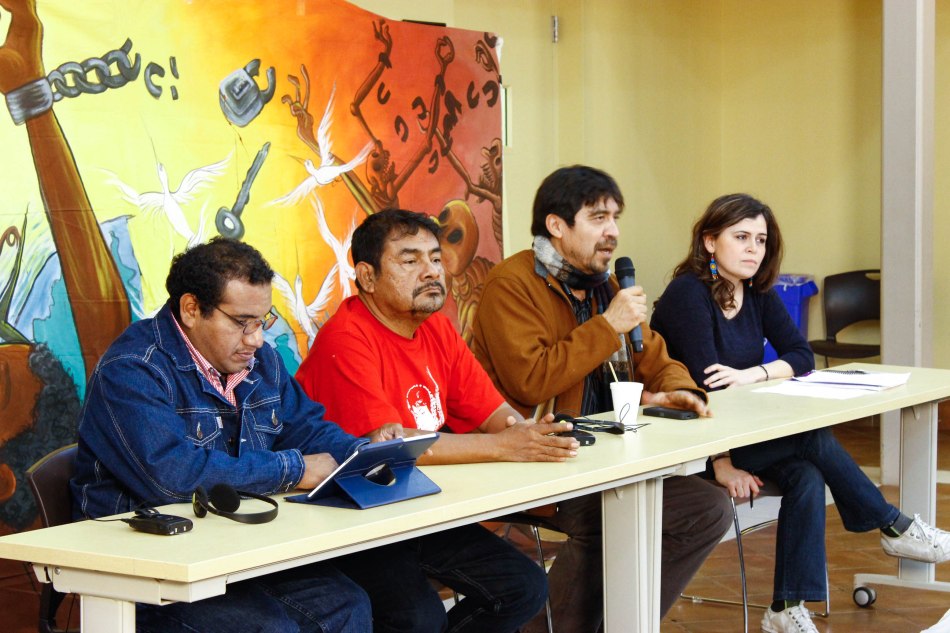 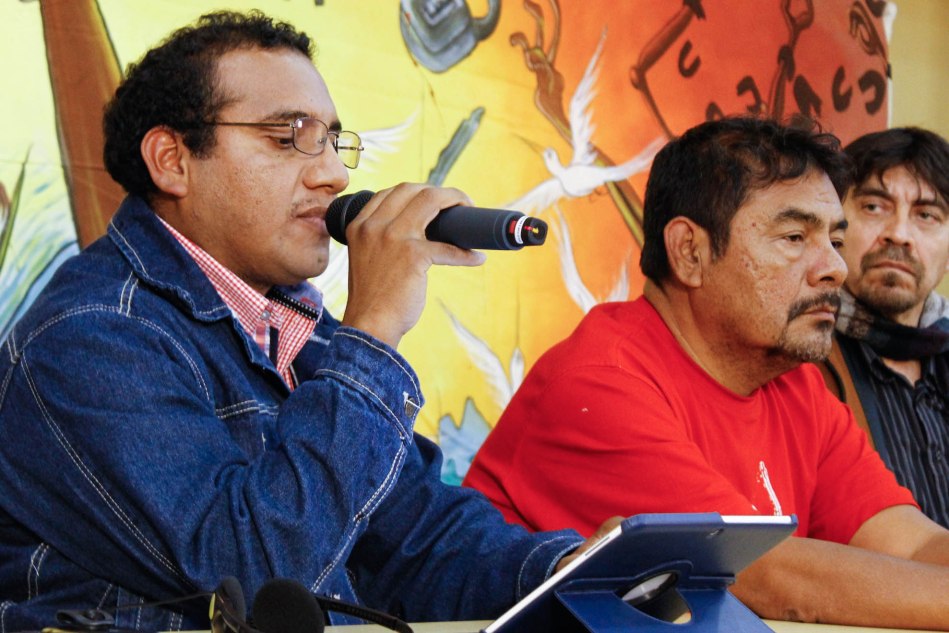 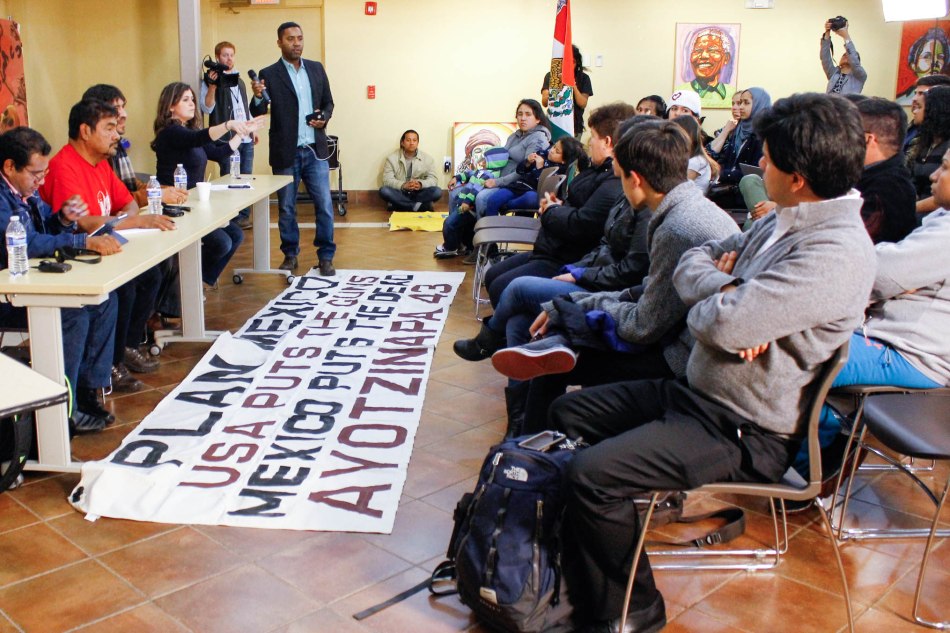 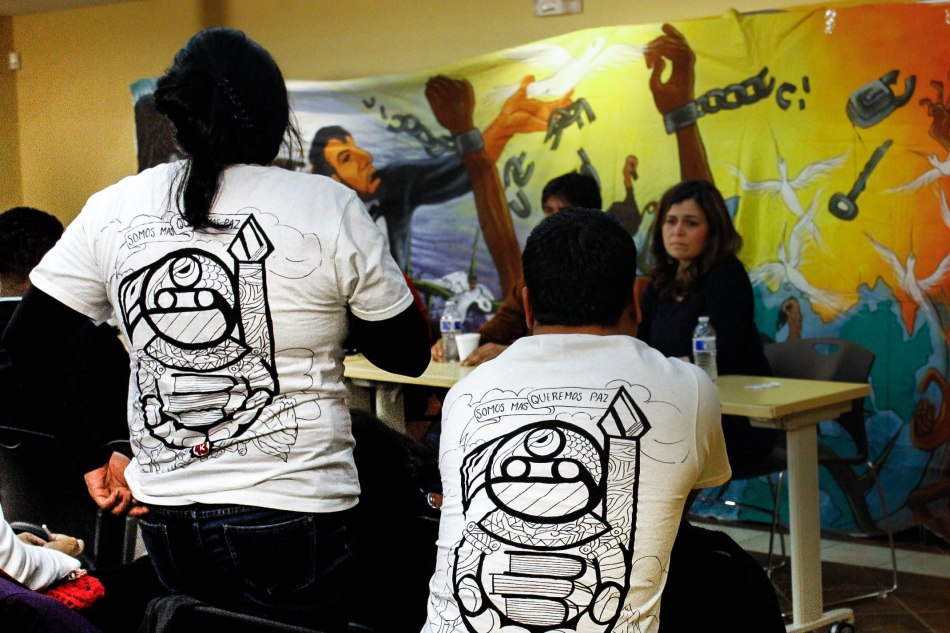 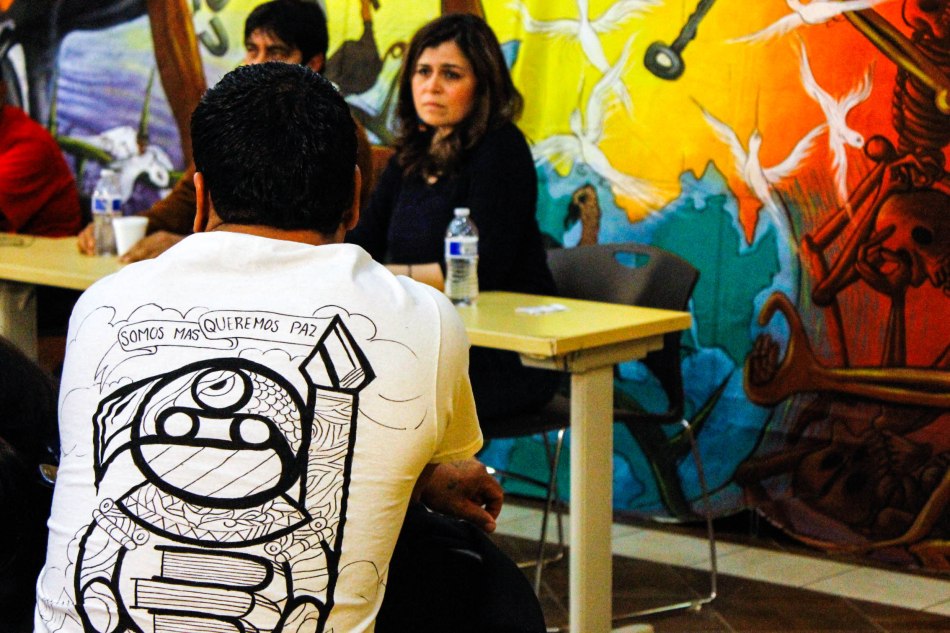 Protest and Vigil Outside of the U.S. State Department and the Mexican Embassy on Thursday, March 26:

On the 6th month anniversary of the September 26th attack against the Ayotzinapa students, protestors gathered in front of the U.S. State Department Building to join in chants and deliver speeches about the United States government’s role in the enforced disappearances of the 43 students. Arturo J. Viscarra of SOA Watch and Salvador G. Sarmiento spoke of the U.S.’s complicity in the Mexican state’s corruption, violence and impunity with the provision of funds through the Mérida Initiative and the Obama administration’s silence on the case of the 43. The protestors then marched through the streets with police escorts and made their way to the Mexican Embassy to hold a vigil for the 43 disappeared students. Felipe de la Cruz Sandoval participated in this protest march, along with representatives from #Ayotzi43DC organizing groups SOA Watch, Son Cosita Seria, Frente Ayotzinapa USA, Caravana 43 and Code Pink. 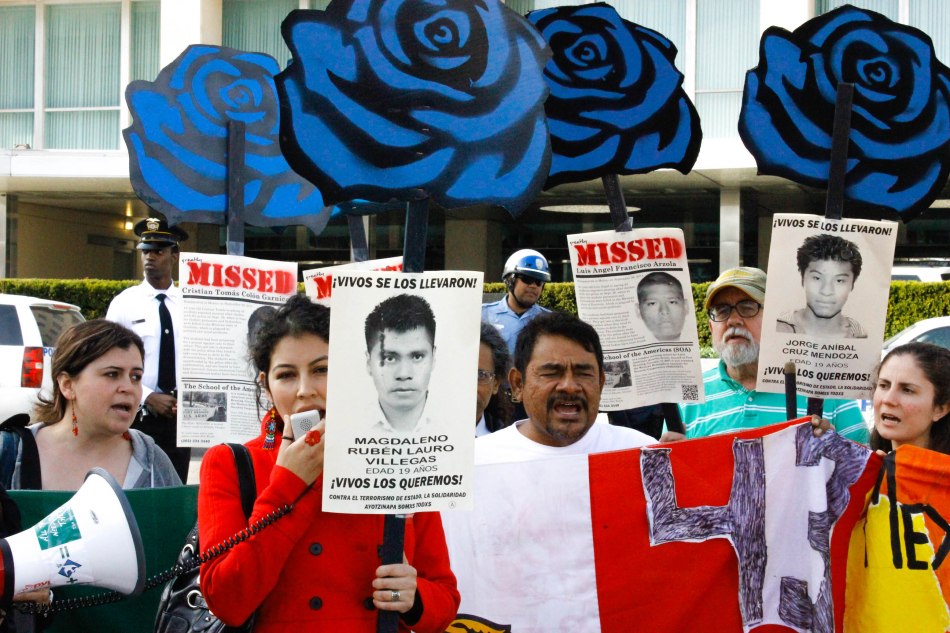 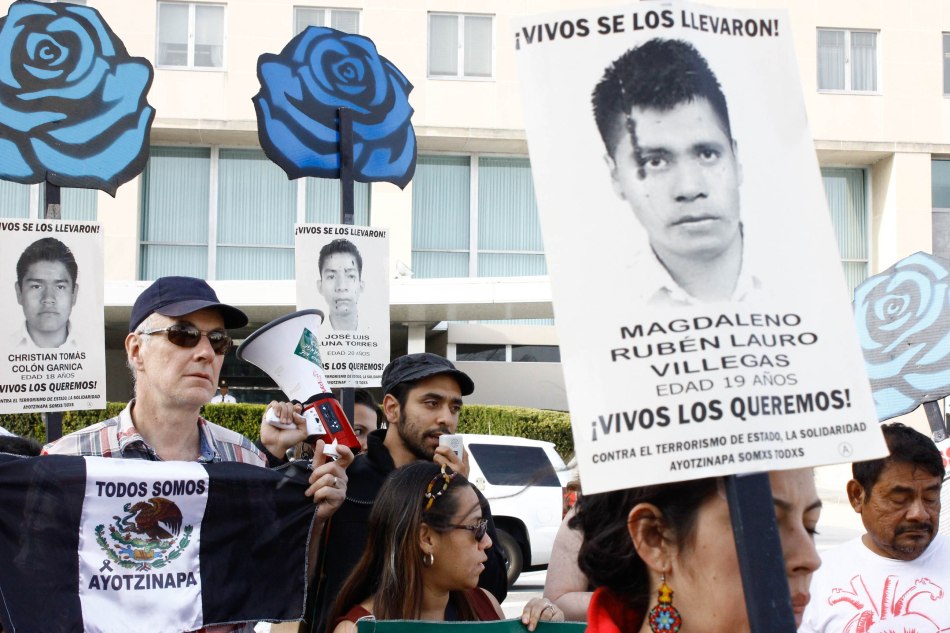 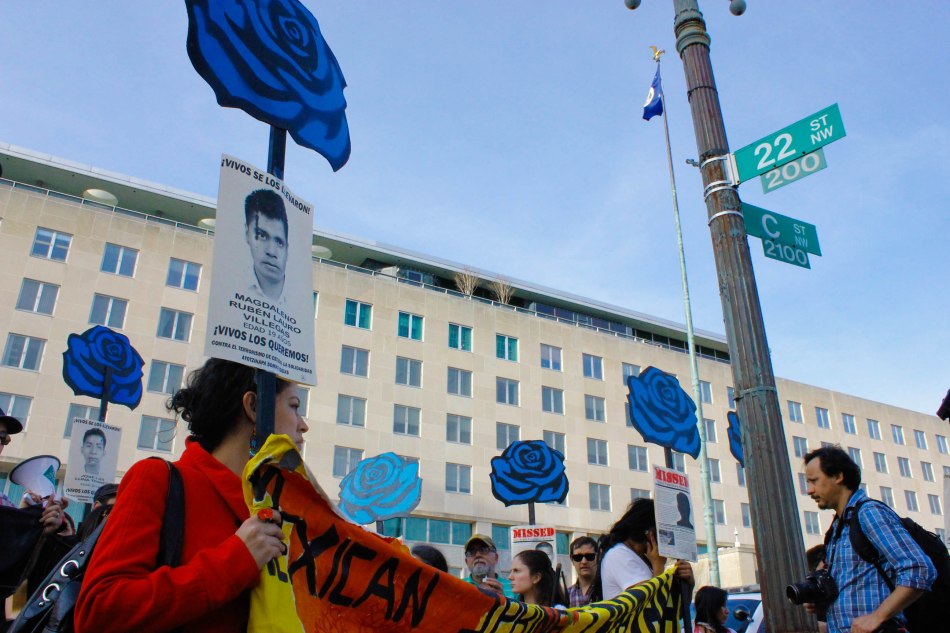 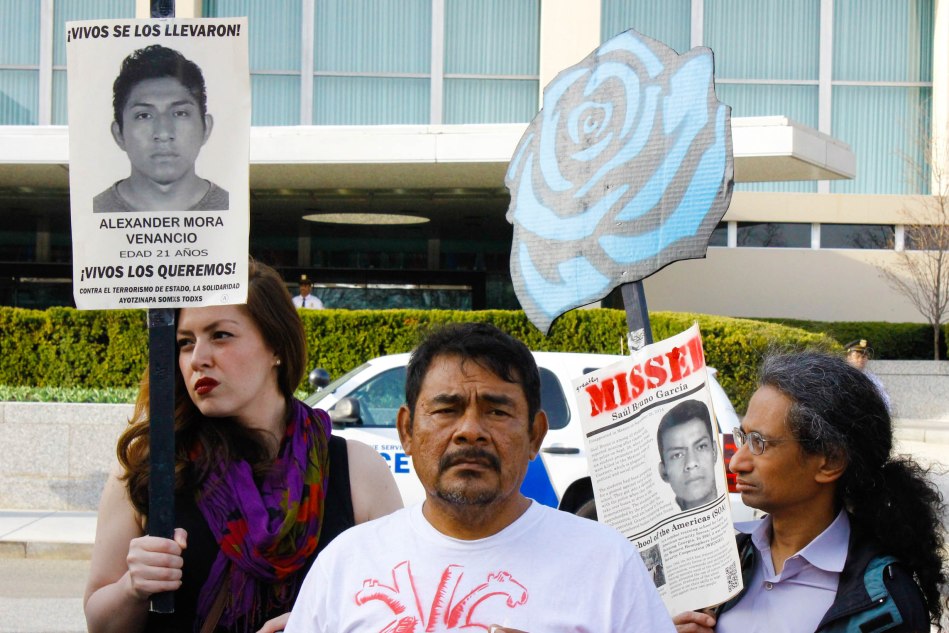 Salvador G. Sarmiento speaking about U.S. silence on the Ayotzinapa case and U.S. funding of the failed drug war through the Mérida Initiative. 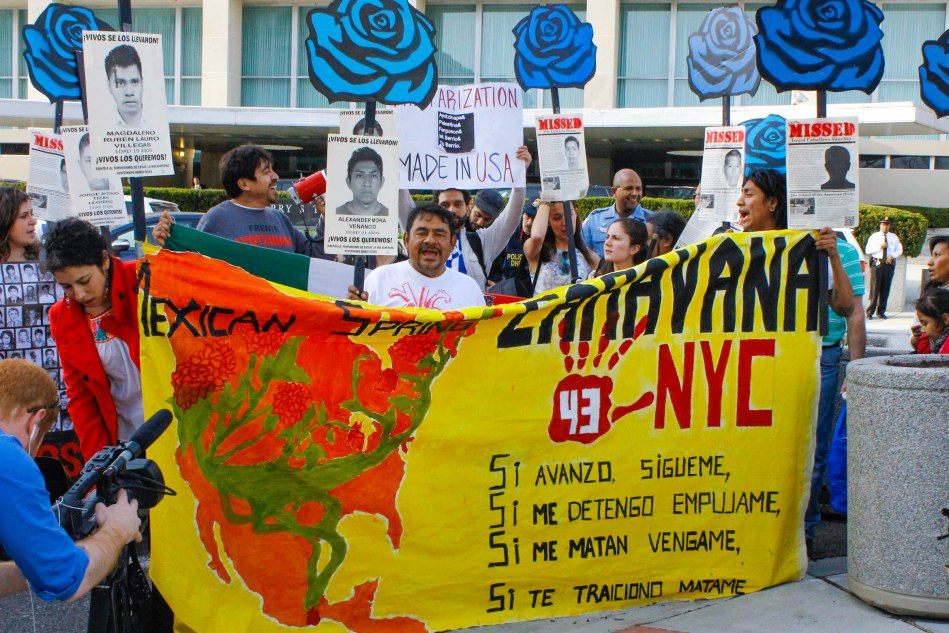 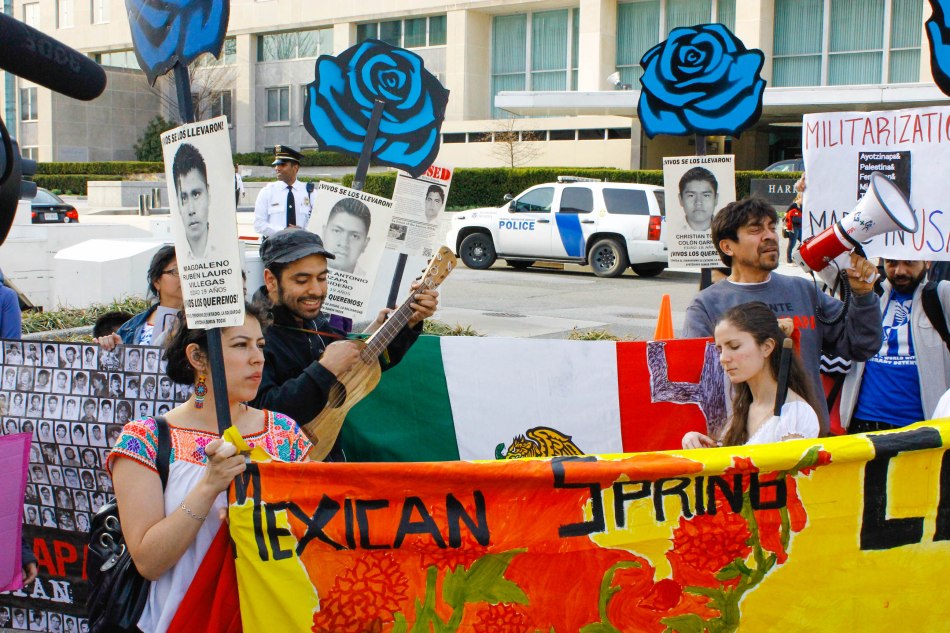 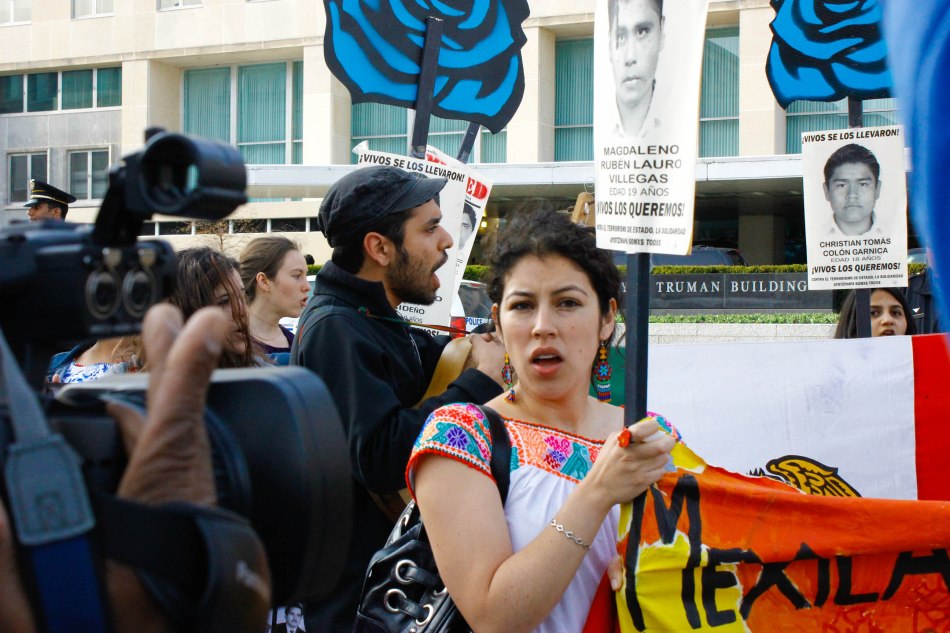 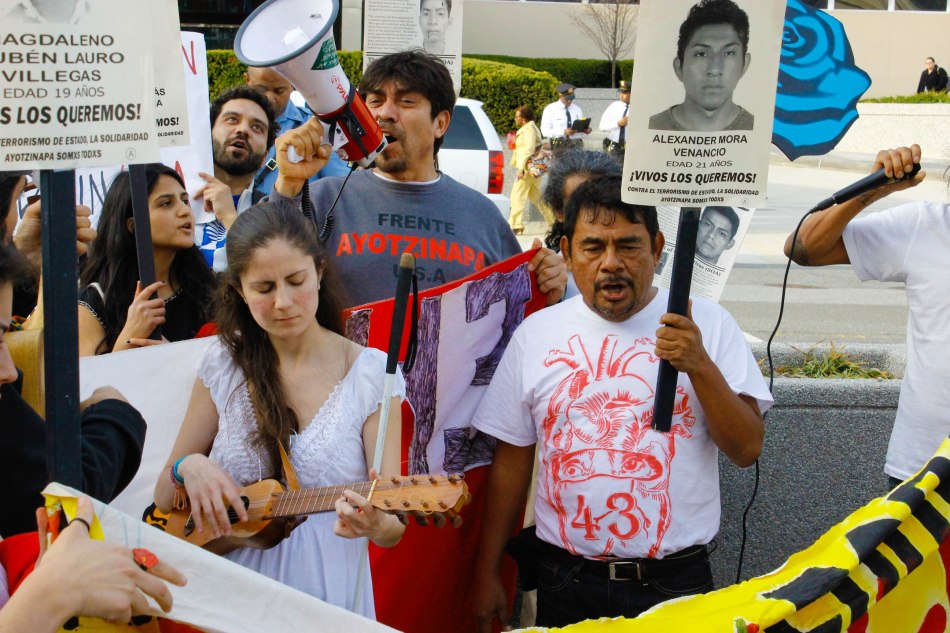 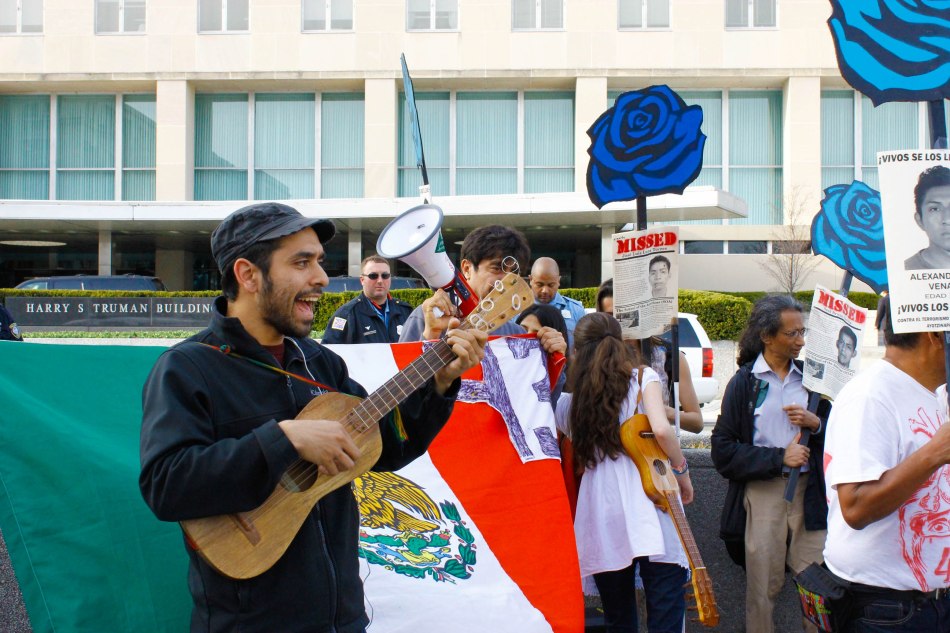 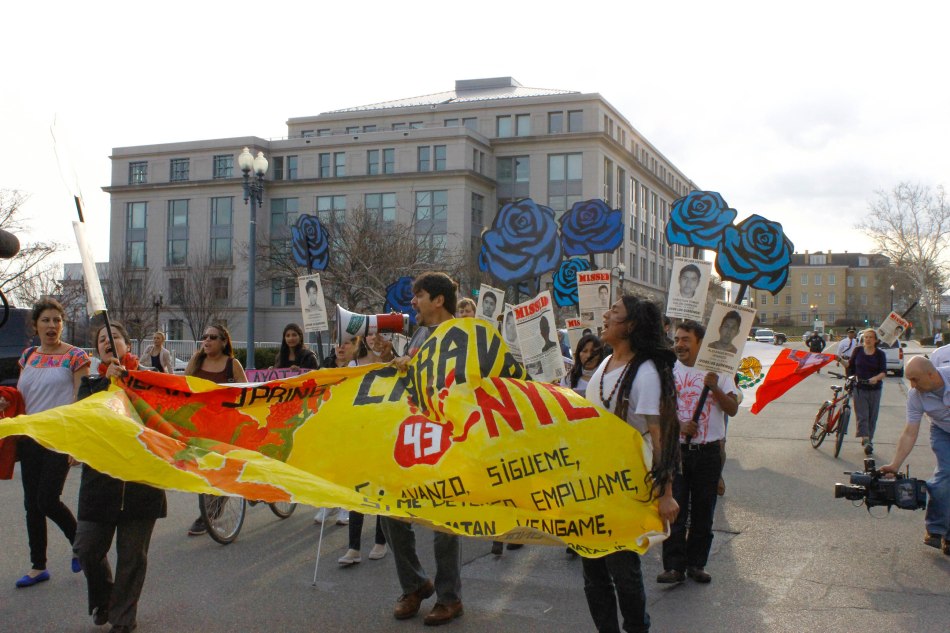 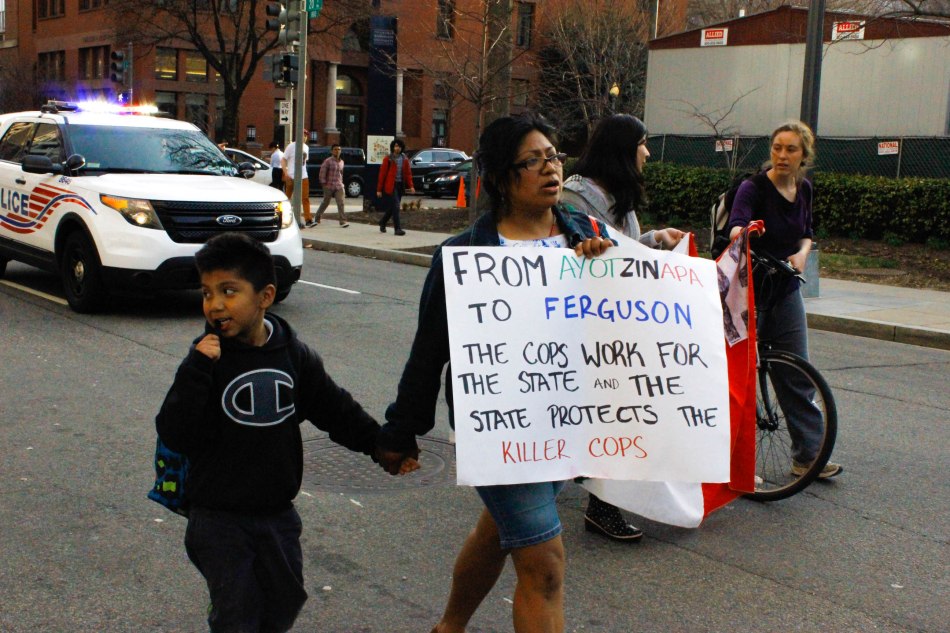 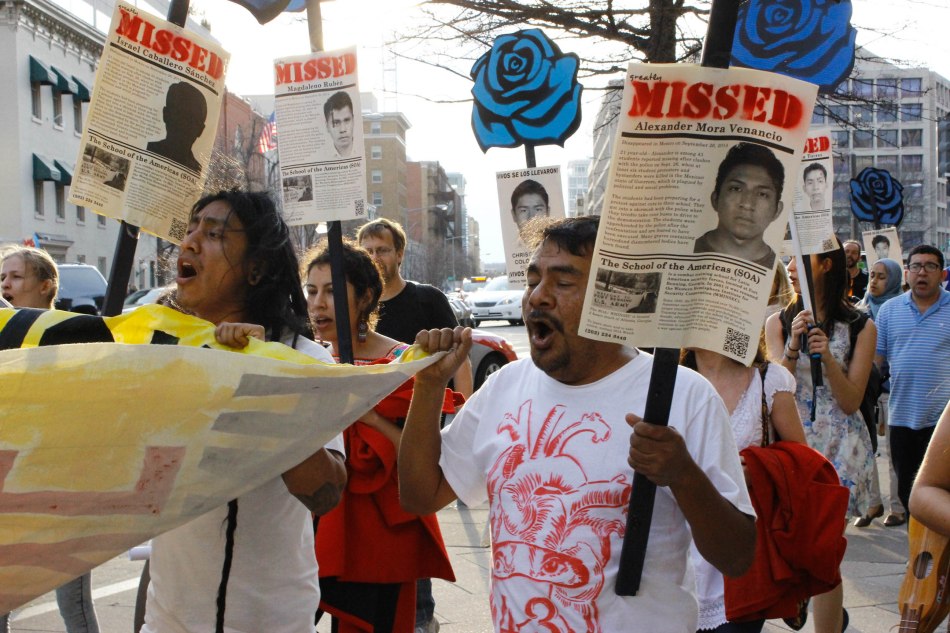 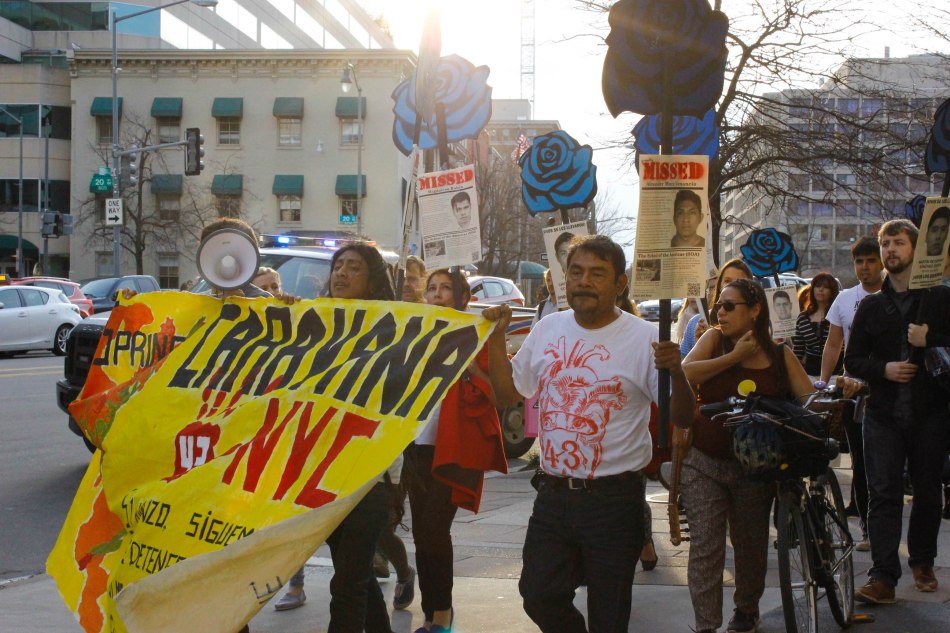 Caravana 43 events will continue in Washington DC in April. Check back for further photo coverage and forthcoming Periphery podcast episodes about Ayotzinapa.